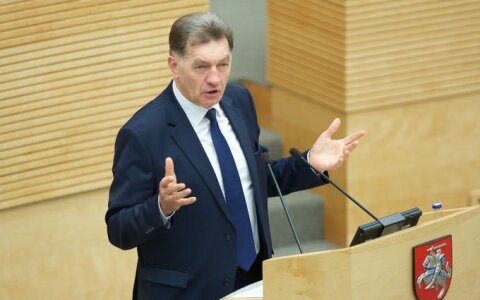 Prime Minister Algirdas Butkevičius said on the LRT TV programme Savaitė that he would do everything to keep Interior Minister Saulius Skvernelis in his position.

At the same time, Butkevičius denied there was an agreement to have Skvernelis run for parliament with the prime minister's Social Democratic Party.