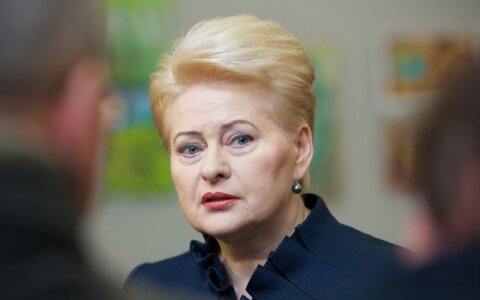 Lithuanian President Dalia Grybauskaitė is leaving for Malta on a working visit on 11-12 November to attend an informal European Council meeting and an EU-Africa summit which aims to find more effective measures to stop the flows of illegal migration, the Lithuanian president's office reports.

In October alone, 218,000 refugees made the Mediterranean crossing to Europe, which represents an increase of 26 percent as compared to September. According to the president, it is clear that the migration crisis is deepening and becoming an growing problem to the world. All efforts so far to man