Conscription lists for 2016 in Lithuania to be compiled in January 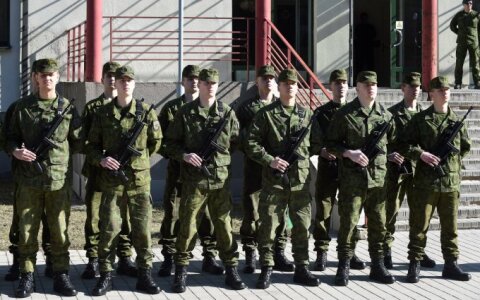 Mandatory military service lists in Lithuania for 2016 will be finalized on 7 January 2016. As in 2015, next year 3,000 young men will join the 9-month mandatory service.

The lists of draftees, as in 2015, will be compiled in a random manner with the help of computer software.

Currently, 1,600 troops are performing their mandatory military service in the Armed Forces of Lithuania, but all of them are volunteers. On 24 November, 460 more draftees will join th

Conscription lists for 2016 in Lithuania to be compiled in January