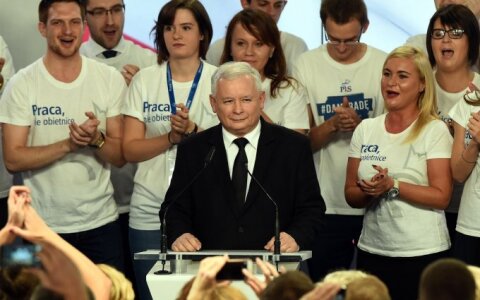 "Talking to them will not be easy," Liekis is quoted bt LRT.lt in comment to BNS on exit poll results on Sunday night.

The conservative Law and Justice party, led by Jaroslaw Kaczynski, is expected to oust the ruling centrist Civic Platform and secure a majority in the Polish parliament.