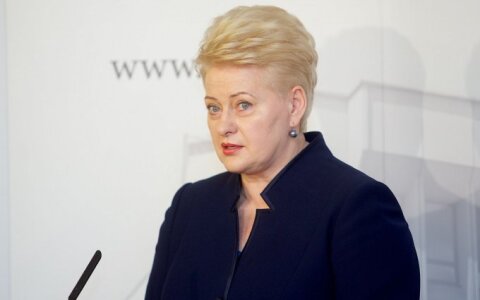 On Friday Lithuanian President Dalia Grybauskaitė met with legal experts to discuss how to ensure transparent and effective work of the Prosecutor General's Office. Experts have noted that independence of the prosecutor general has been established in the Constitution. However, there have been repeated attempts to make the institution into a tool for politicians which is diminishing confidence in the state, the president believes.

"We had as many as eight prosecutor generals since restoring independence. In this term of office of Parliament there were several initiatives to negate the prosecutor general's independence stipulated in the Constitution by changing his appointment and dismissal procedures," the statement of the