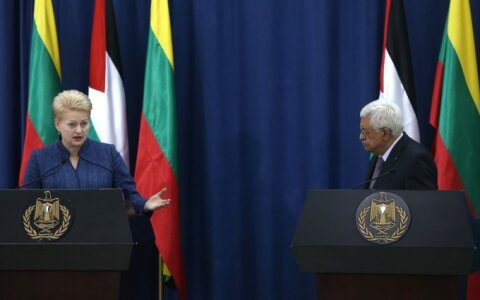 During a meeting with Palestinian leader Mahmoud Abbas on Tuesday, Lithuanian President Dalia Grybauskaitė stressed the need for Israelis and Palestinians to go back to peace talks. She also hinted that Lithuania could serve as a broker in the negotiations. However, with Lithuania's record of supporting Israel and opposing any Palestinian moves to establish themselves in the international community, Vilnius would not be a likely choice for a mediator, a political scientist says.

"As a small country and a member of the UN Security Council, we can contribute to the peace process. This is what I suggested [to Mahmoud Abbas], that Lithuania could be involved, should both sides want that and trust us," President Grybauskaitė said in a statement circulated after her meeting w