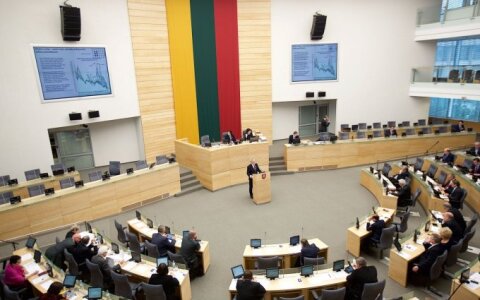 The Seimas, the Parliament of Lithuania, has accepted for consideration the 2016 state draft budget law after discussions and questions to Finance Minister Rimantas Šadžius.

The draft budget will be considered at the committees and political groups for at least 15 days, ordinary plenary sittings will not take place during this time.

Next year the state budget revenue, including international financial support, will amount to EUR 8.004 billion, or 0.2 percent mo