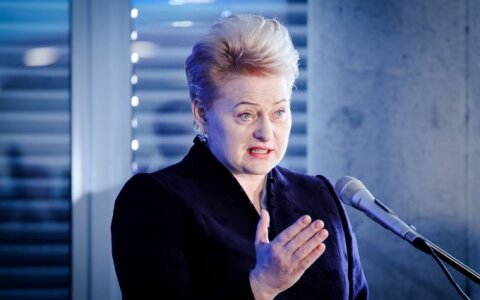 Lithuanian President Dalia Grybauskaitė, who is attending a European Council meeting to discuss the refugee crisis, says that economic migrants should be separated from genuine war-fleeing refugees and the latter are not supposed to be picky which safe country to go to.

Grybauskaitė arrived in Brussels on Thursday. According to her, the issue of migration will remain relevant in Europe for a long time, because wars are not going to end soon and the flow of refugees may increase due to escalations of conflicts.