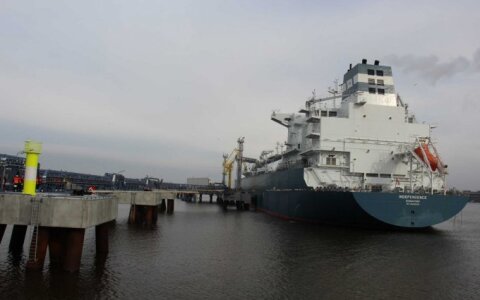 As natural gas consumption has dropped drastically in the energy sector, the minimum quantity of natural gas required for the operation of the Liquefied Natural Gas (LNG) Terminal will twice surpass the projected demand by energy producers. The designated supplier, company Litgas, forecasts that due to such changes in the market the average gas purchase price for energy producers may rise by approximately 50 percent. This shows that the existing designated supply model is no longer sustainable.

In 2014, Litgas was named the designated supplier which was legally obliged to supply 540 million cubic meters annually to the LNG terminal for five years, which is a minimum necessary to ensure uninterrupted operation of the LNG terminal.