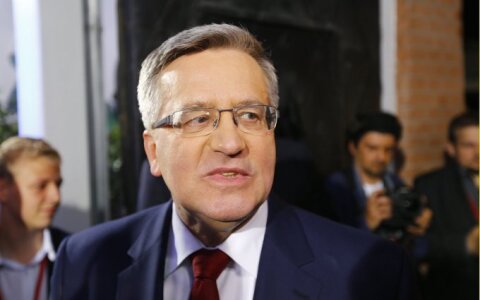 "Lithuania and Poland enjoy close relations and allies' commitments in the field of security. We are also close energy project implementation partners. President Komorowski's arrival and the decision taken by the Rokiškis Council to proclaim him an honorary citizen will provide a fresh impetus t