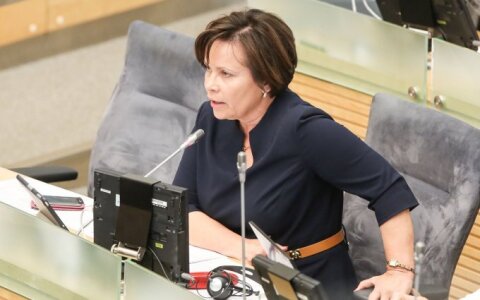 MP Rasa Juknevičienė from the Homeland Union - Lithuanian Christian Democrats (TS-LKD) parliamentary group of the Lithuanian parliament has been elected as the main rapporteur of the Political Committee of NATO Parliamentary Assembly, which is taking place in Stavanger, Norway.

Until now, the politician was a rapporteur of one of its sub-committees.

"This is a new challenge and great responsibility because committee reports constitute the most important part of NATO Parliamentary Assembly's work. I hope that my new post will contribute to strengthening the securit