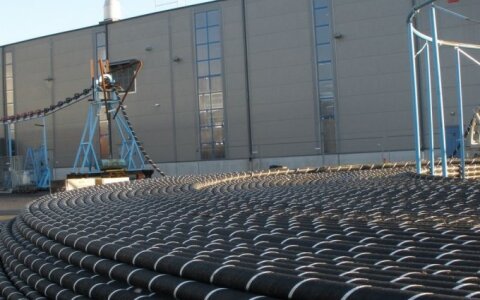 Two months remain until the completion of the biggest joint Swedish and Lithuanian project NordBalt. In December the electricity produced in Scandinavia will be transmitted directly to Lithuania for the first time in history. King Carl XVI Gustaf and Queen Silvia of Sweden along with the President of Lithuania Dalia Grybauskaitė evaluated the NordBalt implementation progress while visiting the construction site of the NordBalt high voltage direct current (HVDC) converter station in Klaipėda.

Currently, the NordBalt HVDC converter station is being installed with the main equipment and the installation works in the direct current, valve and reactor halls are almost completed.

“Because of smooth implementation NordBalt became the synonym of success in Lithuania. The first Lithu