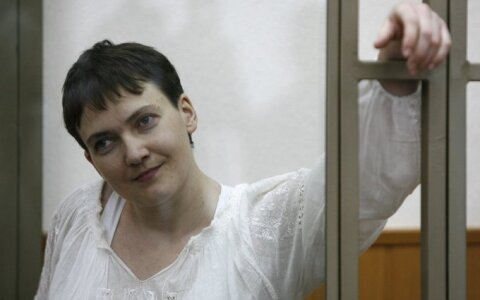 A Russian court is rejecting almost all requests made by the defence lawyers of Ukrainian pilot Nadiya Savchenko, says a Lithuanian diplomat observing the trial, according to BNS.

Savchenko, a helicopter pilot at the Ukrainian air force and a member of the Ukrainian parliament, is charged of contributing to the killing of two Russian journalists during a shooting in Luhansk, east Ukraine, in June last year. Savchenko rejects the charges while her lawyers insist she is a pr