Savchenko suggests Russia be 'stripped of veto right' at UN 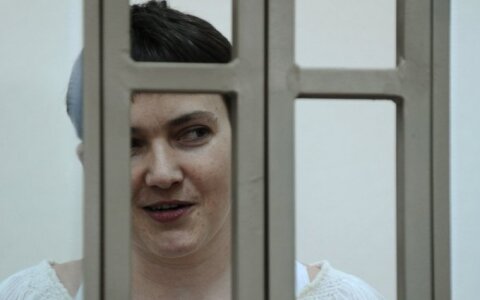 Ukrainian pilot Nadiya Savchenko, who is held in prison in Russia, has urged the international community to "strip" Russia of its veto right at the United Nations (UN) Security Council.

In her letter read at the UN session in New York by her sister Vera on Tuesday, Savchenko noted that Russia had "inherited" its slot at the UN Security Council along with the veto right from the Soviet Union.

Savchenko suggests Russia be 'stripped of veto right' at UN