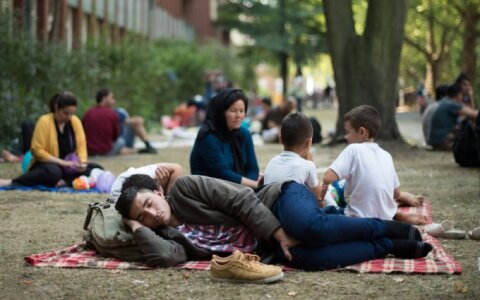 Lithuania's government has earmarked 50,000 euros from its reserve fund for food for Syrian refugees coming to Europe.

The money will be transferred to the United Nations (UN) Global Food Program.

"The leader of the European Council, Donald Tusk, recently turned to member-states with a request over the complicated situation of the Syrian refugees," Foreign Minister Linas Linkevičius said during the governm