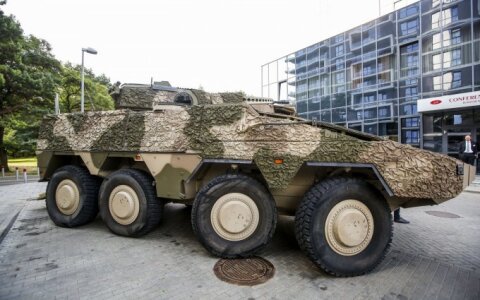 All procedures of buying about 100 armoured fighting vehicles (AFVs) are conducted in line with the law and in transparent manner, says Artūras Paulauskas, chairman of the Lithuanian parliamentary National Security and Defence Committee.

"The procedure is going rather smoothly, in accordance to the law and transparently," Paulauskas told journalists after the committee's visit to the Ministry of National Defence on Wednesday.

In his words, the value of the deal will be around 300 million euros.