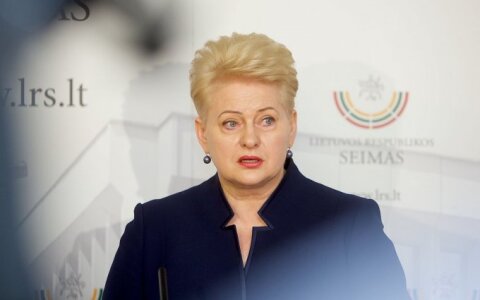 Lithuania's President Dalia Grybauskaitė will on Wednesday travel to Brussels for an extraordinary meeting of the European Council, which has been convened as a matter of urgency to find a unified and effective response to the deepening refugee crisis.

At a meeting on Tuesday, the European Union's (EU) interior ministers supported the plan of distributing 120,000 refugees among EU member-states, in addition to the 40,000 refugee sharing scheme agreed upon earlier. Nevertheless, Grybauskaitė said the problem would not be solved by only sharing