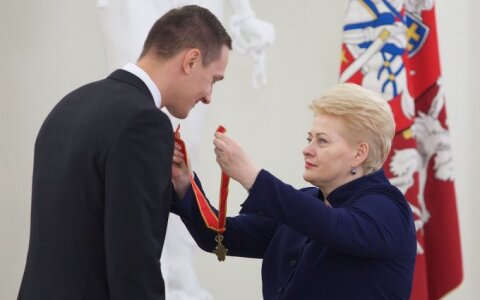 The team received state awards for promoting Lithuania's name and their merits to sports, their will and determination, the president said in a decree.

"By helping each other, being united and determined basketball players, you won the title of European vice-champions. Your example inspires