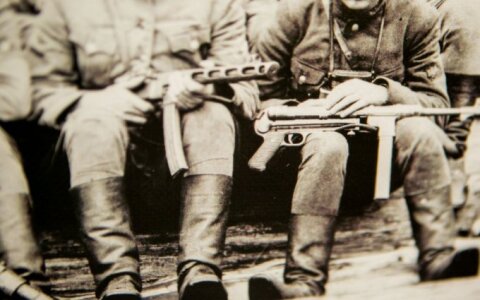 After President Dalia Grybauskaitė changed a 2000 decree on state awards for Lithuania's post-war anti-Soviet resistance fighters, one partisan, Pranas Končius-Adomas, was stripped of the Order of the Cross of Vytis, a decoration conferred on people who defended Lithuania's freedom and independence.

The president's press office informed on Monday that Končius-Adomas, who was part of the underground armed resistance and was killed by Soviet security police in 1965, had been stripped of the decoration "in response to an appeal by the Genocide and Resistance Research Centre of Lithuania".