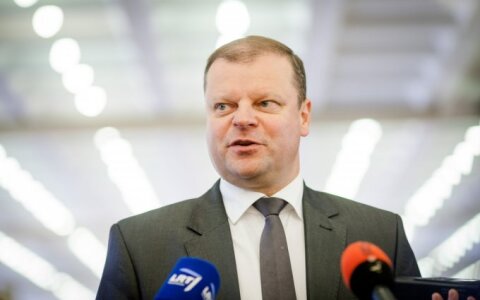 Lithuanian Interior Minister Saulius Skvernelis is on Tuesday going to Brussels to attend a meeting of EU ministers where they will try to reach an agreement on the relocation of 160,000 refugees who have come to Europe.

Under the European Commission's proposal, Lithuania would have to take in 1,105 refugees from Syria, Iraq and Eritrea over the next two years, and the Baltic country agrees to accept that number of people.