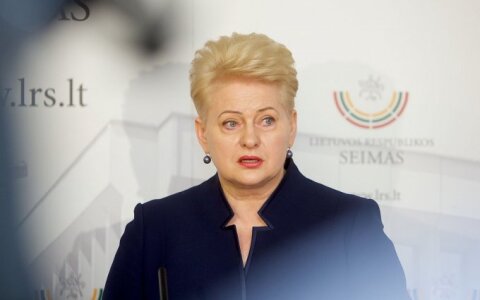 Lithuania's President Dalia Grybauskaitė says that the country agrees with Brussels' recommendation on distribution of refugees, saying that future solidarity in sharing burdens should not be based on "coercive mechanisms".

Lithuania supports the one-time proposal from the European Commission (EC) for the country to accept 1,105 refugees over two years amid Europe's efforts to resettle more than 150,000 people, said Grybauskaitė, emphasizing that Lithuania views this "as a recommendation".

"Without a doubt, n