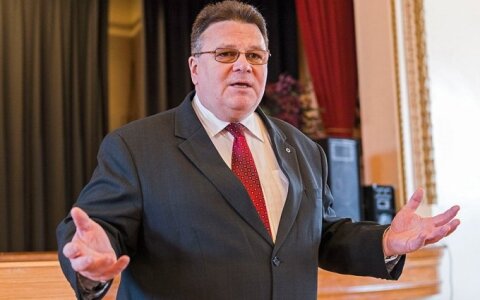 He pointed out that Russia aimed to redraw the boundaries of Europe, which was exemplified not only by the occupation of Crimea, but also by the so-called illegal "treaties on alliance and integration", which Russia had signed with the occupied regions of Georgia - Abkhazia and the Tskhinvali reg