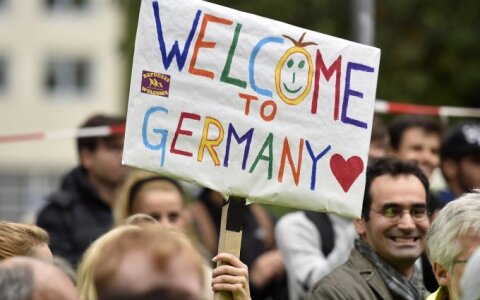 On 14 September, Europe's justice and interior affairs ministers will convene in Brussels to agree on tangible measures to solve the intensifying refugee crisis. Slovak Prime Minister Robert Fico said that Central European premiers - of the Czech Republic, Poland, Slovakia and Hungary - would have a separate meeting to discuss the crisis.

They are expected to agree on a common position so that they can present a united front at the EU meeting. They are also expected to resist mandatory refugee quotas.

Who is Lithuania going to side with? There has been no intimations that the Baltic leaders are planning to meet. So maybe Pre