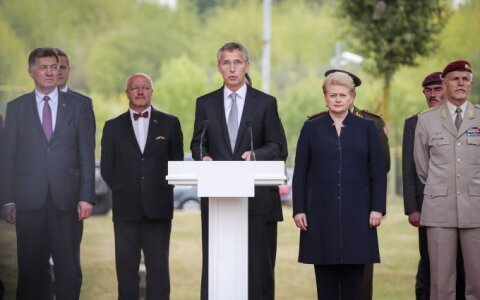 NATO Secretary General Jens Stoltenberg on Thursday opened the NATO Force Integration Units (NFIU) in Vilnius. This and five other NFIUs in Central and Eastern European countries have been set up in response to Russia's actions in Ukraine.

The NATO command centres in Lithuania, Latvia, Estonia, Poland, Bulgaria and Romania were officially activated on Tuesday and are expected to reach full operational capability by the NATO Summit in Warsaw in 2016.