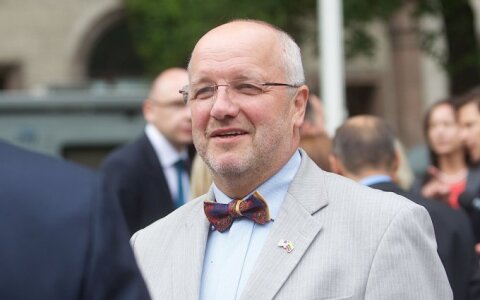 Lithuania's Defence Minister Juozas Olekas has expressed hope that Hungary will continue the practice of sending rotational troops to trainings in Lithuania.

At a meeting with his Hungarian counterpart, Csaba Hende, in Air Force Aviation Base in Šiauliai on Monday, Olekas thanked the country for the rotational troops sent in 2014, the air-policing fighter-jets and airmen that arrived on Monday and the officer delegated to a NATO centre under developm