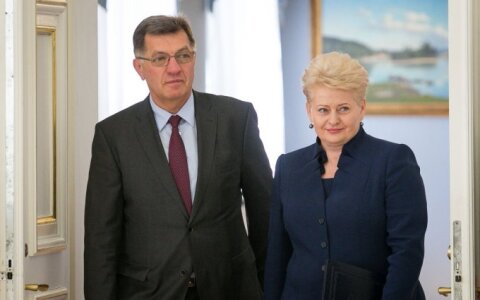 Lithuania's Prime Minister Algirdas Butkevičius says he's astonished by the statement made by the president who said the country would probably be refused the requested European Union (EU) support to the dairy sector.

"After returning from Brussels, I felt awkward to hear the thoughts," the PM said in an interview broadcast on the national television LRT on Tuesday evening.

During the visit in Brussels on Monday, the prime minister and the agriculture minister submitted an application for 32 million euro