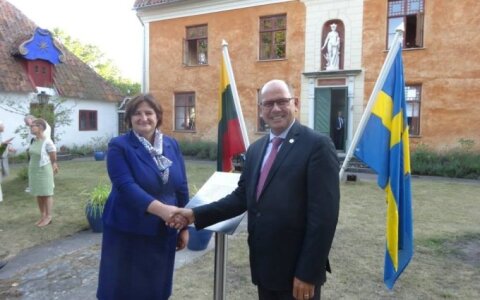 Chairwoman of the Lithuanian Parliament Loreta Graužinienė and the Chairman of the Swedish Riksdag Urban Ahlin at the ceremony
Foto: Lithuanian Embassy in Sweden
aA

On August 21 in the manor house of Katthamragarden, in Katthammarsvik on the island of Gotland (Sweden), the 26th anniversary of the historic meeting which prompted signing the Act of March 11, 1990 was honored. This marks the 25th anniversary of the restoration of Lithuanian statehood.