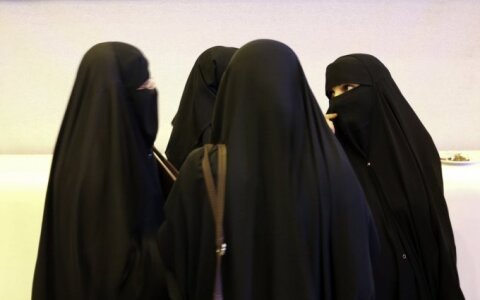 As Lithuania prepares to receive several hundred refuges, Artūras Paulauskas, chairman of the Lithuanian Seimas National Security and Defense Committee, suggests introducing a ban for wearing Muslim burqas in public, saying that they might pose threat to national security.

Meanwhile human rights activists have slammed the initiative, saying that it would only spark public prejudice and would impede integration.

"I would like the government to express its opinion. If I see that the government does not initiate such amendments, I will," Paulauskas told BNS on Thursday