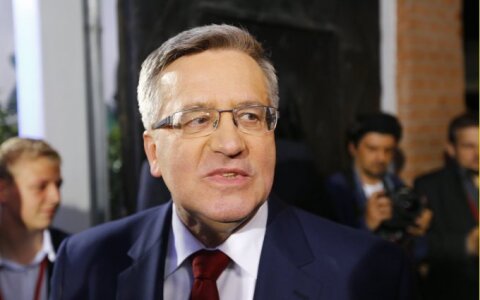 On the last days of his term as the President of Poland, Bronislaw Komorowski made a present to Lithuania. He handed over documents relating to his grandparents' former estate in Lithuania and works by a Polish artist who lived in Lithuania.

"It is a set of maps, mansion plans or their copies," Minijus Samuila, the second secretary of the Lithuanian Embassy to Poland, told BNS on Monday.

In his words, among the documents are a photograph of Komorowski's great grandparents and ads of the confectionery that used to operate in the