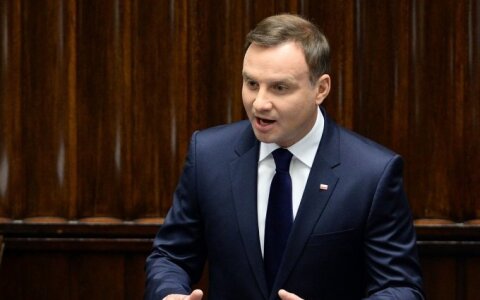 Andrzey Duda, who was sworn in as Poland's new president on Thursday, should pay more attention to the Central and Eastern European region than his predecessor Bronislaw Komorowski, say Lithuanian political scientists.

"There will be more concern about the Russian threats and more active work with regional partners," Ramūnas Vilpišauskas, director of the Institute of International Relations and Political Science at Vilnius University, told BNS on Thursday.

In his words, this will be due to historic gove