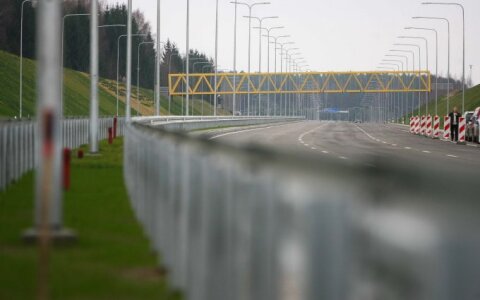 Vilnius city has officially announced the beginning of construction of the third stage of the Western bypass. During the opening ceremony, the largest transport infrastructure company in Lithuania, Kauno Tiltai, promised that cars would be driving through the bypass in 2016, Vilnius City Municipality says.

During the project's opening ceremony, Prime Minister of Lithuania Algirdas Butkevičius expressed his joy about the launch of the project of great significance not only for Vilnius but for the entire country.

Minister of Transport and Communication Rimantas Sinkevičius pointed out that on