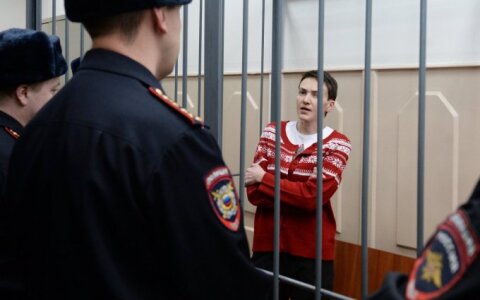 Approximately 40 people gathered outside the Russian Embassy in Riga on Thursday in a support rally for the imprisoned Ukrainian pilot Nadiya Savchenko, LETA reports.

Participants were holding the Ukrainian, Latvian and Polish flags, with ribbons of the Ukrainian and Latvian flags pinned to the shirts of many other activists.

The rally participants were also holding posters, with words of support for Savchenko in the Latvia, Russian, English and Ukrainia