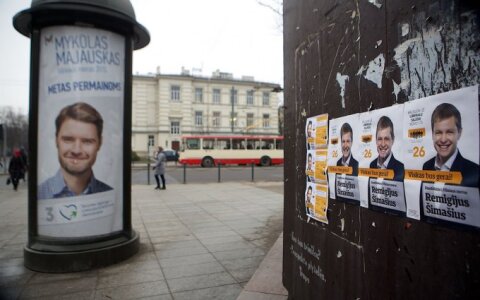 A fifth of the Lithuanian voters (20.1 percent) would vote for the ruling Social Democratic Party in parliamentary elections, a poll shows, while 12.9 percent would support the Liberal Movement. While the liberals suffered a 3.1-percent drop in ratings month-on-month, they still remain the second most popular party in Lithuania.

Should the parliamentary elections take place this week, the opposition Homeland Union – Lithuanian Christian Democrats would come in third (with 9.3 percent), ahead of the Order and Justice Party and the Labour Party with 7.8 percent of support each.

The rest of the parties would remain