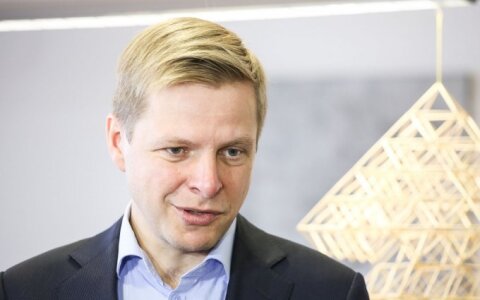 Liberal Remigijus Šimašius, who has been serving as the mayor of Vilnius for 100 days, says that he managed to reduce the city's debt by 2.4 percent or EUR 8.6 million in the period from late April to early July.

During his news conference on Thursday, the mayor said that data from 27 April shows that back then the city's total debt stood at EUR 356.9 million, while on 9 July it was EUR 348.4 million. Šimašius could not specify how big the debt was at the moment but he promised to release the informatio