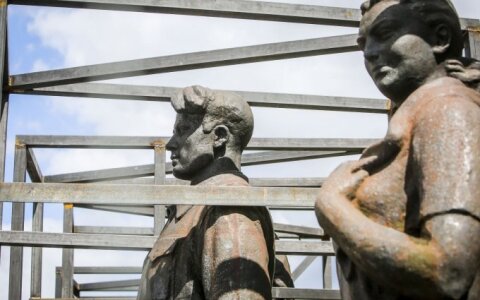 Vilnius City Mayor Remigijus Šimašius has confirmed that he has indeed received requests from Sovetsk City Mayor Nikolay Voishchev and Russian Ambassador to Lithuania Alexander Udaltsov to hand over the Green Bridge statues to Russia.

Šimašius pledged to send responses to both Russian officials later today, notifying them that Lithuania would want to exchange the Soviet-era sculptures for some items of Lithuanian heritage that are currently in Russia.