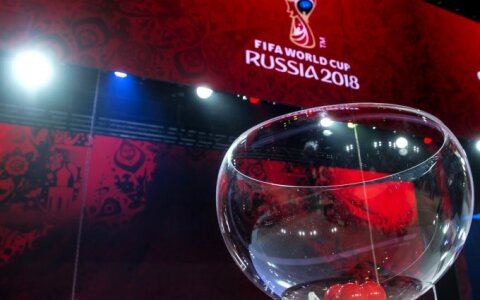 Lithuania, which is competing for participating in Euro 2016 in France against England and Slovenia in Group F, will face these teams also in the clashes for the tickets to the FIFA World Cup that will take place in Russia in 2018.

In the draw ceremony that was held yesterday in Saint Petersburg, Russia, Lithuania was put in Group F with England, Slovakia, Scotland, Slovenia and Malta.

Meanwhile, Lithuania lost 4-0 to England and 2-0 to Slovenia. It seems that it is going to be tough mission for Lithuania to qualify f