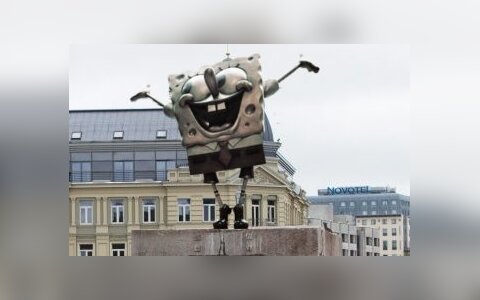 Following a prolonged public debate, this week Vilnius authorities have removed four groups of Soviet-era statues that have stood on the Green Bridge since the early 1950s. What remain are four empty-looking pedestals overlooking the banks of the Neris River. People of Vilnius have already started making proposals for what should replace the old statues.

In fact, the future of the Green Bridge is somewhat in a limbo. The structure, along with the four groups of statues depicting soldiers, farmers, workers and scholars that used to make integral part of it, is listed as protected heritage. This means that it cannot be legally altered or parts of i