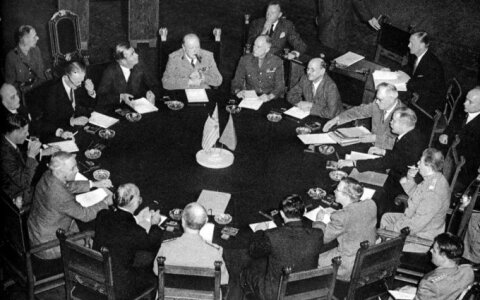 Most of the time history can’t be put to bed even though agreements to end wars have been concluded, victors have drawn new boundary lines, promises made, but they soon get either forgotten or swept under the rug, as if they weren’t there. The story of the northern part of former East Prussia (now known as the Kaliningrad exclave) is a good example of a conveniently ignored agreement made at the 1945 Potsdam conference to resolve the fate of the territory at a later peace treaty with Germany.

A Council of Ministers of the victorious WWII countries was to prepare legal documents for a final peace conference. After 4 years of fruitless discussions, the Council vanished into oblivion. In the interim, the Soviet Union annexed the territory unilaterally and established there a threatening