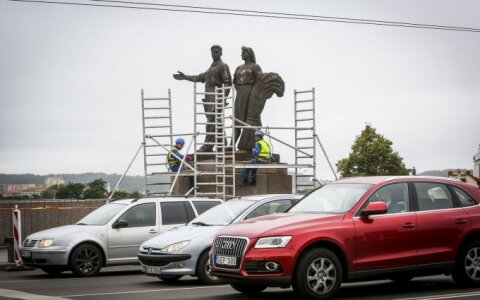 Early Monday morning, two of the four Soviet era statues on the Green Bridge of Vilnius were removed. In their place, pots with blooming flowers were placed.

The two statues, depicting a pair of factory workers and a pair of Red Army soldiers, were dismantled first for repairs, as their condition was the worst. All four groups of statues will be removed from the bridge by mid-week.

Workers started the dismantlement of statues for repairs on Sund