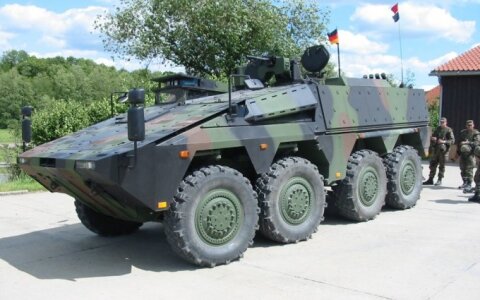 Lithuania plans to buy Boxer armoured fighting vehicles from Germany, the spokesman for the Lithuanian chief of defence confirmed to BNS on Thursday, adding that the proposal would be submitted to the State Defence Council.

"Boxer armoured vehicles have been chosen. We will propose to the State Defence Council to sign the deal," Captain Mindaugas Neimontas told BNS.

Meanwhile President Dalia Grybauskaitė's representatives said she would not call a meeting of the council for individual contracts.