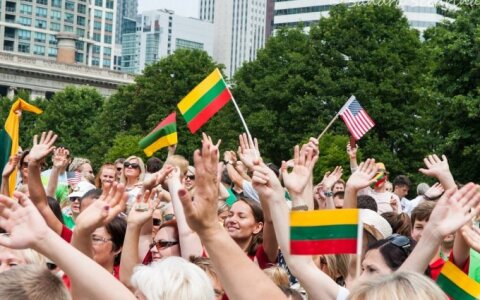 Lithuania knows the exact day when it became part of Europe. That was on 6 July 1253, when Duke Mindaugas, shortly after having accepted baptism, was crowned by the Pope of Rome the king of still largely pagan lands. The 6 of July is now celebrated as Lithuania's Statehood Day and although its a holiday of recent vintage (it was not observed before the 1990s), it already involves a tradition. Each 6 July, Lithuanians in the country and abroad join in the singing of the national anthem.

Historian Alvydas Nikžentaitis says the tradition - and celebrating the coronation of King Mindaugas - consolidates the nation as a political community. Moreover, it expands this community to include all Lithuanian expatriates around the globe. This sentiment of unity, he suggests, should serve