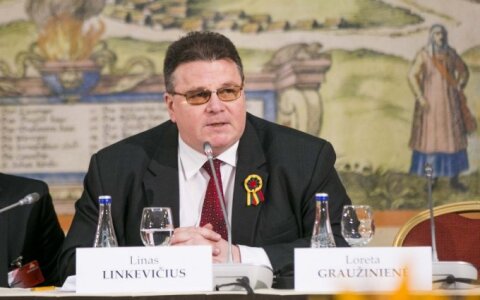 Lithuanian Minister of Foreign Affairs Linas Linkevičius might run for parliament during the Seimas elections in 2016 and might be nominated by the now-ruling Social Democratic Party of Lithuania in the country's second-largest city of Kaunas.

According to the Lietuvos Rytas daily, the Social Democrats have decided to recover positions lost in major cities by throwing their heavy weaponry, and Linkevičius is among potential candidates.

"One cannot discount such a possibility and it's all possible. There are various consideration