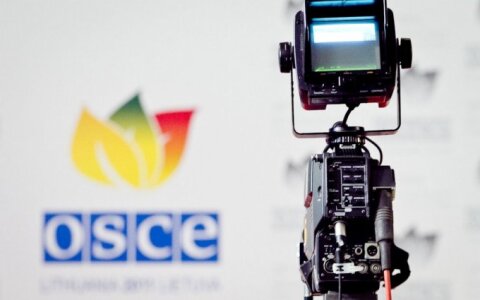 Lithuania is against exceptions for Russia's representatives on Europe's blacklist, Lithuanian Foreign Minister Linas Linkevičius said on Thursday after Russian State Duma Speaker Sergey Naryshkin was not allowed to attend the Organization for Security and Co-operation in Europe's Parliamentary Assembly in Helsinki, sparking Russia's anger.

The decision was made by hosting country Finland, he added.

"Our position is consistent. We believe that contacts must be preserved but in this case we have to be consistent and there should be no exceptions. Those forums are used not for bringing our positions closer but for propaganda pur