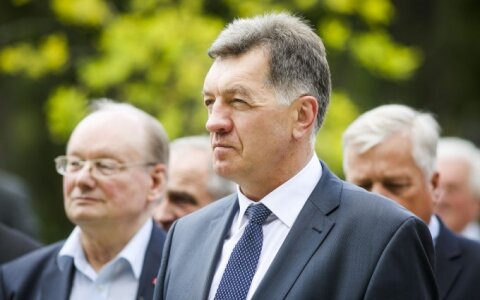 Lithuanian Prime Minister Algirdas Butkevičius says he still supports the proposal to allow the original spelling of non-Lithuanian names using the Latin alphabet after the Seimas of Lithuania postponed the issue until its autumn session later this week.

"We are doing this for people living in Lithuania who have come from abroad, as well as for our people who have left abroad, for example, women who marry foreigners and have children and then face with various legal problems," the prime minister told the Žinių Radijas news radio on Thursday mor