Lithuania and Cuba soon to be diplomatic neighbours in Washington 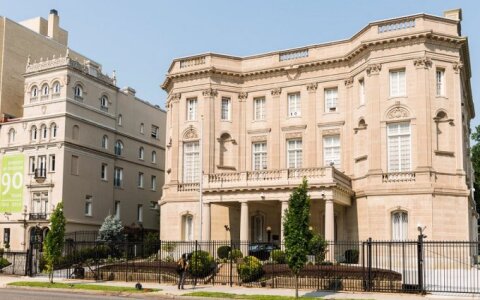 Early Thursday morning several media teams set up in the neighbourhood of the Lithuanian Embassy in Washington DC. The Swiss Embassy, Cuban Special Interest Section is located next door to the Lithuanian Embassy on 16th Street. It houses the Cuban representation in the US Capital after the Americans severed diplomatic relations with the island nation 54 years ago at the height of the Cold War. The somewhat secretive mission got mainly attention in the past whenever demonstrators would gather to demand the release of Americans or dissidents held in Cuban prisons. All of that is about to end.

Lithuanian Ambassador Žygimantas Pavilionis used to host every year a traditional Cuban pig roast event in the Lithuanian Embassy. These 'Freedom' events where always well attended by Cuban dissidents and members of Congress that opposed relations with Cuba based on the island nation's poor huma

Lithuania and Cuba soon to be diplomatic neighbours in Washington