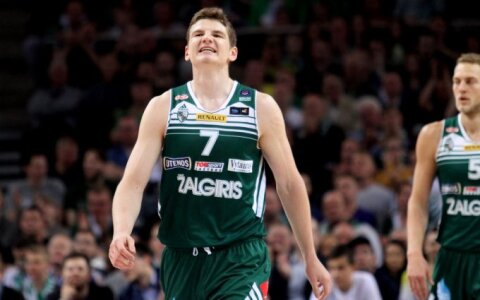 Lithuanian Artūras Gudaitis has been granted an opportunity to play in the NBA
Foto: DELFI (R. Achmedovo nuotr.)
aA

Thursday night Artūras Gudaitis was added to the long list of Žalgiris Kaunas products to have been drafted into the NBA.

The 22-year-old center has been selected by the Philadelphia 76ers with the 47th overall pick in the 2015 NBA Draft off back to back LKL (Lithuanian Basketball League) titles.

During his three seasons with Žalgiris the 208cm (6’8”) tall center averaged 8.6 points and 4.8 rebounds acros