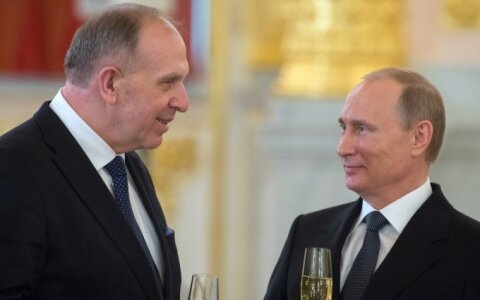 With the creepy chill in the Lithuanian-Russian relations, the aftermath of the geopolitical square-off between Moscow and Western powers, the trade, amazingly, has taken the beating until this year quite well. “Quite paradoxically, the scope of Russia-bound Lithuanian export rose throughout 2014, while Russia was already gripped by Western economic sanctions,” Remigijus Motuzas, Lithuania’s ambassador to Russia, tells the Lithuania Tribune. This year, bilateral trade has started taking a hit, however. The Lithuanian Embassy in Moscow nevertheless keeps bustling as visitors are unfazed by the roughed up relations.

“Indeed, nearly every day we receive heaps of political, economic, business and cultural errands and instructions. And they come not only from the Lithuanian Ministry of Foreign Affairs, but also from state institutions, NGOs, businesspeople and Lithuanian citizens. The task has been the same: