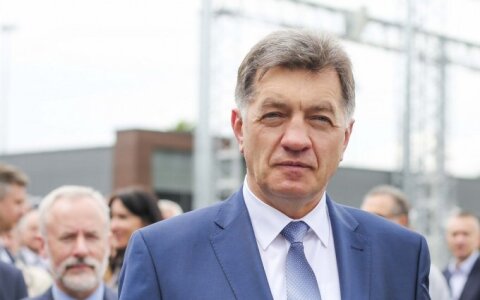 Lithuania's Prime Minister Algirdas Butkevičius says that the “black list” of European Union officials prepared by Russia is part of the propaganda war.

According to media reports, the list includes names of seven Lithuanians.

"I believe the war continues, only from a different side now. This is a propaganda war, which I would describe as information war, my opinion about it negative. I believe it does not facilitate bilateral relations or