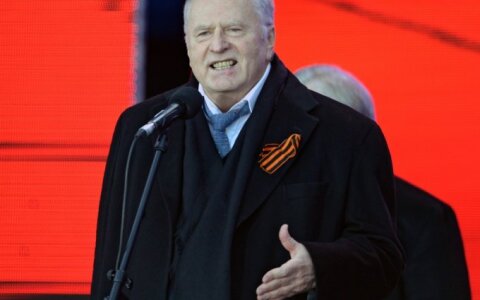 The European Union's Ambassador to Russia Vygaudas Ušackas has called for an official Russian position on the public threats made on television by Duma member Vladimir Zhirinovsky "to redeem Vilnius and Klaipėda".

Zhirinovsky, the leader of the Russian Liberal Democratic Party, made the threatening remarks in confrontational debate on the EU, Ukraine, Eastern Partnership and Russia that was broadcast after midnight on Russian TV on Wednesday. Ušackas was also present at the debate.