Lithuania and Dutch company reach deal on scanning sunken An-2 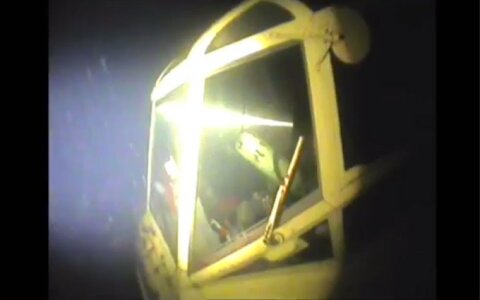 Lithuanian state enterprise Oro Navigacija (Air Navigation) has reached an agreement with Dutch company Mammoet on the scanning of the An-2 plane which recently crashed and sank in the Baltic Sea.

"It's the initial stage so far. We have agreed on scanning only," Algimantas Raščius, head of Oro Navigacija, told BNS on Tuesday.

The cost of the planned undertaking has not been disclosed.

Weather permitting, the scanning operation will take place on May 30-31. Later on, Dutch exp

Lithuania and Dutch company reach deal on scanning sunken An-2